About I Am Setsuna 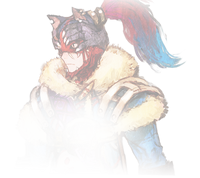 I Am Setsuna was announced from Square Enix at E3 2015 and from developers Tokyo RPG Factory. This is the story of Setsuna, a young woman of incredible inner strength and the sacrifice she must make to save the people of her land. The Island had a custom: To maintain peace, once a decade, a sacrifice was offered to a fiend on the island. However, one year, the fiend grew violent before the next sacrifice was due and those living on the island were afraid and tried to calm the fiend by offering a sacrifice, Setsuna, chosen because of her powers of enchantment. Setsuna must leave with her safeguards for the farthest land, where the ceremony of sacrifice will be held.

I Am Setsuna is a role-playing video game in which players take control of a party of characters, navigating environments from an angled to-down perspective. Locations such as Towns and Dungeons are reached by navigating the game's overworld. In towns, the party can talk with villagers to reveal plot elements, and find treasure chests containing useful items. Various items such as healing potions or items for escaping from battle are sold in Shops in towns and across the world.

Enemies are represented by icons and once in contact you will initiate a battle. Battles take place in the environments were the enemy is encountered rather than shifting to a specific battle arena. Characters' health and magic meter are respectively represented by HP and MP. Characters fight using a version of the Active Time Battle System in which after each action is taken by a character in battle, an ATB gauge must fill again before another action is taken. Actions by the party include attacking, using magic, or using an item. When all ATB gauges are full, the order of characters' actions can be selected. Each time an action is taken, or the ATB gauge is allowed to fill a separate "Setsuna" gauge is filled: when full, actions are granted power boosts if using specifically timed actions when activating an ability. These boosts can deal multiple versions of the attack, recover health, or deal critical damage to an enemy.

The Characters of I Am Setsuna 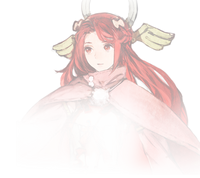 To write a new article, just enter the article title in the box below.

Not sure where to start?